Skip to content
We are reader-supported. When you buy through links on our site, we may earn a commission.
0 shares

Have you ever been driving or walking along and heard a motorcycle coming toward you? Wondered why are motorcycles so loud? You can hear them before you see them! Maybe that’s a reason; to warn others they are approaching?

Why Are Motorcycles So Loud?

Motorcycles are small and only have two or sometimes three wheels. The motorcycle began by adding an engine to a bicycle. So we seem to think of them like the pedal bikes of our youth, which were very quiet.

However, the engines on motorcycles produce more power than our two legs and more noise. Noise suppression for a bike is more difficult than in other road vehicles.

Motorcycles are lighter-weight than other vehicles. Which means the engine is lighter and more compact for fit and balance. This all adds up to less material to block or absorb noise.

Most automobiles have exhaust pipes 8 to 16 feet long. They hang from the frame and extend from the exhaust manifold to the rear bumper. By comparison, a motorcycle’s exhaust is often 3-feet or less and has a narrower diameter.

The length of the pipe and its diameter also help to control noise. The more residence time the exhaust and air have to bounce around in the tube, the more energy and sound they lose. The 80 to 100 psi exhaust pressure comes out of the exhaust port at 2800 fps.

The pressurized exhaust travels into a motorcycle’s conical vortex pipes where some of the energy is reused. It then roars out the end with more force and thus more noise than most automobiles.

Mufflers have long been used to the quiet engine sound. On an automobile, they are a heavy resonance type box. It contains perforated tubes and chambers designed to minimize exhaust noise.

On a motorcycle, the term muffler includes the pipes and any baffles used to control noise. A 2-stroke and a 4-stroke exhaust pipe are designed to improve power and acceleration. They feed some of the exhaust energy back to the engine, decreasing some of the force coming out the end. However, it doesn’t silence much noise.

Motorcycles are loud due to the open engine compartment, which allows the noise to travel freely. The short exhaust fails to the mute much sound, and the muffler doesn’t quiet much either. However, improvements are ongoing as legislators, industry, and enthusiasts work to silence as much noise as possible, and also some complaints.

Many older bikes came from the factory with pipes that maximized power with little regard for noise. In more recent years, bikes have been leaving factories with quieter exhaust systems. They are by no means silent, but won’t jar your molars on a drive-by.

Many riders prefer the classic sound and swap the factory pipes out. Others claim the louder sound makes drivers more aware and helps to reduce accidents. Although that sounds plausible, there are no supportive white papers on the subject.

Some riders do it to annoy, or to support an image they have of themselves. Whatever the reason, it tends to be an individual choice and not something all riders appreciate.

Why Are Motorcycles Allowed to Be so Loud?

Motorcycles, like all street-legal vehicles, are regulated for noise. The U.S. EPA has mandated that all road-use bikes from 1986 onward not exceed noise emissions of 80dB.

Exhaust systems also have to have the EPA label identifying it for street-use. Factory-installed pipes suppress noise and decrease pollutants while ensuring performance.

Most aftermarket pipes don’t have an embossed EPA stamp and are not for use on roadways. They are for use on motorcycles competing on closed courses where high rpm performance is pushed to the limits. They aren’t for use chugging through suburbia. The responsibility for enforcement falls to Local and State Law Enforcement personnel.

A lawnmower operates at 90dB. The inside of the subway car has noise levels of 95dB. So a motorcycle should be quieter. Unfortunately, many riders install aftermarket pipes in the belief they are better.

Law enforcement doesn’t have enough officers to enforce everything. Nor do they have calibrated decibel sound meters in their holsters.

Additionally, those who are caught pay the fine and switch back to OME pipes for inspection. After inspection, they then reinstall the noisy aftermarket pipes. The bottom line, motorcycles aren’t allowed to be loud.

Forty-six states support the Federal EPA mandate regarding noise and OME exhaust systems. Pennsylvania, Vermont, Michigan, and Oregon either don’t have it or confuse it with legalese. States that require untampered and approved pipes with EPA embossing make it easier to enforce.

The EPA requirement for all post-1985 street-legal bikes is 80dB. However, it is a State’s responsibility to legislate how they will implement Federal decisions.

Enforcing noise alone that is unusual or excessive usually requires the use of a calibrated sound meter. Not as easy as it sounds. The app on a cell phone won’t stand up in Court, so a meter with a field calibration kit is required. The meter will pick up other sounds that may be louder and give a false reading.

The factory test for motorcycles to receive EPA approval is done in controlled conditions. The bike is at full throttle with meters set at 49.2-feet from the motorcycle – difficult to replicate on the side of a highway. Impounding every bike for noise testing isn’t practical. So, many are ignored unless they do something else illegal.

Is There a Noise Limit on Motorcycles?

Yes, there are noise limits for motorcycles. The EPA has set a limit of 80dB on all post-1985 motorcycles. To some extent, most States have followed with legislation that supports Federal regulation.

Unfortunately, it has been muddied with model year and speed qualifiers. Add city by-laws to that confusion, and it’s small wonder that law enforcement may seem lax on motorcycle noise.

Additionally, all exhaust systems must have the correct EPA label. If it isn’t present, it is considered a second violation added to the initial noise infraction. The regulations also prohibit adding devices to the pipes that emit sounds with a high pitch. It further prohibits the sale of street-legal vehicles that exceed the acceptable noise limits.

Assembly Bill 1824 allows police to “exercise their judgment” and issue fines. Fines are mandatory and range from $25 up to $1000. Added to that are administrative fees, which range from $150 to over $1100. Exemptions to the noise laws are available for motorcycle competitions or organized racing…for a fee.

Is a Loud Motorcycle Safer?

We often hear something before we see it, or so the saying goes. Most noise generated by a motorcycle, though, is blown out the rear of the exhaust pipe.

So it announces a bike’s location after it passes. Another issue with loud bikes is the sound echoes, making it difficult for drivers to know where it is. So they seem to presume you’re elsewhere.

A loud motorcycle blowing by a car window can cause the driver to swerve, often in the direction they are looking – at the cause of the noise. Additionally, sitting in the middle of all that noise makes it hard to hear other vehicles around you. I found a lot of opinions on this issue, but no documentation to support the claim that a loud motorcycle is safer than a quiet one.

Emergency personnel often complain that drivers don’t see them. Drivers don’t see their brightly colored trucks with lights flashing and sirens blaring. So ask yourself, why would a super loud fast-moving crotch-rocket or cruiser be more visible.

Most street-legal motorcycles sold in the U.S. have to meet EPA noise emissions standards. Since 1985, that is 80dB. So, while bikes are quieter than a lawnmower, snow blower, belt sander, or a diesel truck, they’re still loud. For comparison sake, understand that light traffic produces 50dB of sound, so a motorcycle at 80dB is going to sound 1000 times louder.

Big touring bikes and cruisers seem to be quieter than small displacement bikes. That could be due more to length and space to add more sound control. Smaller bikes may seem louder, but they too must meet the regulations.

Even Harley Davidson has to meet the noise standards. Noisy bikes are either old bikes made before the standards were imposed. Or they have modified or aftermarket exhaust systems that don’t meet the noise emissions standards.

EPA approved motorcycles are loud due to the exposed engine and short exhaust system. Making them louder with different pipes seldom improves performance at low or mid-range RPMs, nor does it make a bike more visible on the road.

I hope you found this article helpful. Pass it on to others who might enjoy the ride. Your comments and suggestions, as always, are appreciated. 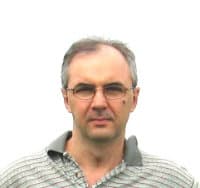 Hi, I’m Eugene. I work with noise all day, so I enjoy any peace and quiet I can find. I began looking at ways to improve the sound quality of my home and to make a soundproof office for myself. As a DIY enthusiast, I looked for solutions I could do. I created this blog to share what I learned and to make it easier for you to improve your quiet space too.