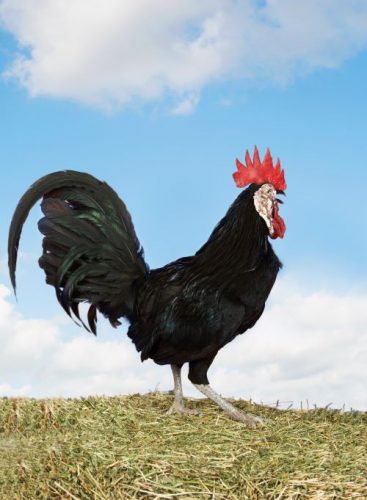 I kind of like roosters. (And chicken and eggs for that matter.) How can you not admire a species that is dumber than dirt, can be had by any passing hawk, weasel, or cat, but has survived for thousands of years. And wakes up every morning crowing ‘Here I am–tougher than 2 bent concrete nails. Come and get me’. And doing it loudly! It is not his fault that you have no sense of humor.

Roosters are loud. Their crowing averages between 90 – 130 decibels. Please see chart for a comparison to other sounds–a free download from Pulsar Instruments. As loud as a live rock band–just not as sustained.

Rooster collars are commercially available or you can make your own with a little bit of nylon fabric and Velcro. The idea is to cut down the volume of the crow by restricting the large pulse of air required. If installed properly (loose enough to insert your small finger between neck and band), the rooster should be fully capable of breathing and eating. They will not stop the crowing completely–unless you make it too tight.

Note: I have seen claims that the RSPCA approves of these, but their website tells a different story. I could not find any official approvals. Not even from PETA.

Why wouldn’t he be happy? He has a harem to service. But apparently if you make him even happier, by providing lots of food and water along with a radio or white noise machine in the coop, he may consent to less crowing. (Note: Don’t hold your breath.)

3) Keep Your Rooster in a Crate

You can put your rooster in a crate like a Petmate Top Load dog carrier. (Note: Door at the top works better than trying to shove him in an end door.) Because roosters need to extend their necks to crow, make sure you get one that is small enough to prevent full extension, but not so low he can’t stand without lowering his head too much. Throwing a moving blanket over the crate will quieten any abbreviated crowing. (Make sure that he has enough air circulation. And obviously, food, water, and bedding.)

Another advantage of a carrier is the handle for those of you who want to go the extra mile for your neighbors by taking him into the garage, basement, or your ensuite bathroom. A moving blanket over the crate will also help you to sleep.

Regardless of the size of your yard, the further the chicken coop from the house, the better. Distance always dissipates sound. Positioning it behind shrubs, trees, or  a fence will also cut down the noise by reflecting and absorbing some of the sound. If you have a fence that is not the coop run, you can give some consideration to soundproofing it with Mass Loaded Vinyl (MLV), or some other heavy mass product like 3/4″ plywood. Noise travels in every direction but fewer people live above the chicken coop than around it.

Note: 1) In an urban environment, moving the chicken coop further away from your house may get it closer to the neighbor’s house. Depending on how big, or grumpy, she or he is; you may  want to re-think this plan.

2) Even if you have lots of land, I see no reason to have to walk hundreds of yards to feed the chickens and collect eggs–just to escape rooster noise. Try some of the other options first.

Keeping your chickens (and rooster) locked inside at night has many advantages like keeping them away from weasels, foxes, owls, cats, etc. And as we all know, roosters tend to start their racket at the croak of dawn. If you install shutters over the windows of your chicken coop, you may delay dawn somewhat, and if they have enough mass, they will cut down any noise. You shutters should be made of 3/4″ plywood (at least–because of the mass), or 2 sheets of 3/8″ plywood with either MLV or Green Glue sandwiched between. I would use a piano hinge at the top so when they are open they will prevent most of the rain (or snow where I live) from getting into the coop. Make sure they are well painted and can be secured to the building when closed.

If you are thinking of building a chicken coop and run, check out morningchores.com for free plans. Some of the designs include shutters so everything is there.

Do Not Keep a Rooster

If you just want eggs there is no reason to have a rooster. Although I have heard that fertilized eggs have one more amino acid than unfertilized eggs. May be important to some people. On the other hand many people shudder at the thought of eating rooster sperm. But as long as you make sure your chickens are safe, you do not have to worry about a rooster crowing.

On the other hand, if you want to raise your own chicks, a rooster is kind of important for the process from start to finish. Without a rooster, you can order chicks by mail order–almost any breed. So, again, the rooster is non-essential for repopulating your flock. 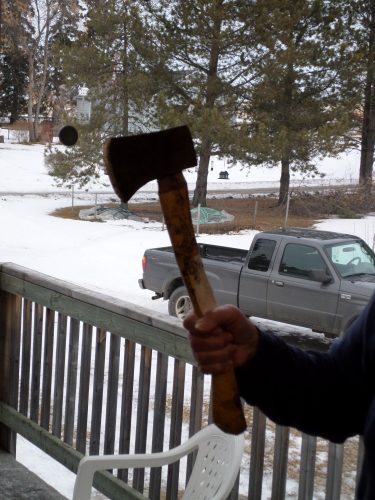 Recipe for Chicken and Dumplings

Clean, singe, and cut the chicken into serving portions. Place in a pot, season, nearly cover with water. Cover the pot and simmer gently. An old fowl will require at least 3 – 4 hours. Remove the cover during the last half hour, reducing the broth to about 1 1/2 pints.

About 20 minutes before serving time, add Biscuit Dumplings. When dumplings are cooked and ready to serve, remove to a hot pan. Make a gravy by . . .

Note: A picture is worth a 1000 words. (This solution will also work for the neighbor’s rooster.)

Just a personal rant: I really wish that the people doing the write-ups for the products we recommend could explain things better. My tendency is to stay away from things where the explanation is so garbled, I have to work to understand it. Just saying. 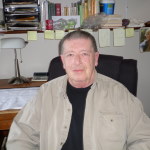